While the political climate keeps heating up over immigration along the south of the United States, we’d like to remind people that there are plenty of hard-working people coming from the northern side. 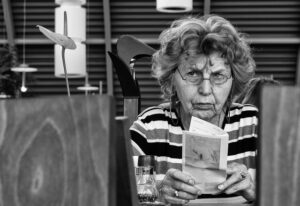 You’ll find Canadians crossing their border to live and work in California, including the San Francisco Bay Area. Why? We love to do business with other countries! Also, California businesses are always looking for skilled workers and our friends in the northern hemisphere are happy to be a part of the robust economy. That means they contribute to the workforce and pay U.S. taxes. So where does a Canadian go for expat tax return preparation? The US or Canada? That depends on the circumstances.

If a Canadian earns an income in the United States, they will have to manage an annual IRS tax return. If they work around the Silicon Valley, it would be smart to contact a professional Bay Area CPA skilled in expat tax return preparation. Even if there isn’t an income or property back home, they shouldn’t ignore the Canadian Revenue Agency (CRA) back home. A Canadian could still have to pay provincial or territorial income taxes.

Other creatures consider the U.S. a second home too. Ever notice the Canada geese lounging around local parks and lakes? They like Northern California’s weather and some try to stay all year long. Sure, they don’t pay taxes but we know where they hail from. Unlike birds, human Canadians with ties to their homeland can be considered “factual residents.” That means although you may enjoy working and living in another country, you are still thought of as a resident of Canada. That’s why it’s important to also speak to a Canadian accountant when preparing an expat tax return. Luckily, we can do that for you! Our Safe Harbor CPA team is connected to professional accountants across the Canadian border. We will work together to ensure an expat has met their tax obligations in both countries. That’s why we’re considered THE place for Canadian tax return preparation for California “residents” (and yes, that’s in quotes).

Although many Americans threatened to move to Canada after the last election, most didn’t. And it hasn’t stopped Canadians from flocking over here. It’s because instead of building walls, California creates partnerships. That includes ensuring hard working Canadians can manage their expat tax return preparation. If you know an expat who is too busy handling a “bigly” schedule, our Safe Harbor tax consultants work across party lines to ensure their tax returns are handled!

« San Francisco Accounting Firm, Safe Harbor LLP Issues Alert on California WildFire Tax Relief Resources
Let a Top San Francisco CPA Firm Manage Business Taxes to Avoid a Disruption »
Safe Harbor CPAs aims to be the best San Francisco CPA firm as well as top-rated tax service in San Francisco for individuals and businesses. Our accountants specialize in individual tax return preparation and business tax returns as well as international tax and expatriate tax returns. We also do income tax preparation, business partnership and LLC tax returns as well as other estate planning. Our financial services include IRS audit defense (FBAR compliance) and audited financial statements. As tax advisors, we service accounting clients (including startups) from the entire San Francisco Bay Area including San Jose, Oakland and Marin County. We pride ourselves as one of the top accounting firms in the Bay Area, giving our clients the best of both worlds - friendly personal tax service, CPA, and business advice with Internet connectivity. Our success comes when a satisfied client says, "We would like Safe Harbor LLP to be our In-House Business tax professionals." Or, when satisfied individuals say, "That was easy. What a great tax refund and easy tax service!" ~ Chun Wong, managing partner. Sitemap