Happy August! August gets its name from Roman times, and here is a little bit of history on that fact:

After Julius’s grandnephew Augustus defeated Marc Antony and Cleopatra, and became emperor of Rome, the Roman Senate decided that he too should have a month named after him. Not only did the Senate name a month after Augustus, but it decided that since Julius’s month, July, had 31 days, Augustus’s month should equal it: under the Julian calendar, the months alternated evenly between 30 and 31 days (with the exception of February), which made August 30 days long. So, instead of August having a mere 30 days, it was lengthened to 31, preventing anyone from claiming that Emperor Augustus was saddled with an inferior month. (Source: http://bit.ly/1stm3Pv) 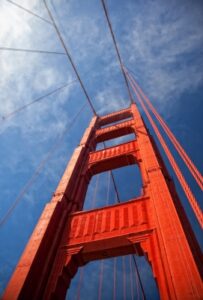 But we digress… August also means awe-inspiring, and August is a time for big picture issues. None are more important than putting your kids through college, so this month’s San Francisco Tax Bulletin kicks off with an informative article on the FAFSA, which is how the Federal government allocates student aid.  Interestingly, for people who own their own businesses and can shift income forward or backward there are strategies that can impact financial aid. Related to this is the issue of grandparents’ contributions to children’s education. There are some interesting scenarios here. So if your children or grandchildren are looking at college here in San Francisco or elsewhere perhaps Stanford or University of California, Berkeley, or even beyond the San Francisco Bay Area, tehre are some very interesting tax and finance strategies to minimize expenses and maximize aid possibilities.

Great reading for August, the time of the Roman Emperors! Rounding up the August Tax Bulletin for San Francisco are other serious and important topics:

You can download our San Francisco Tax Bulletin by clicking on the highlighted link. Happy reading!

« CPA for Revised FBAR Delinquent Filings
Trust and Estates: Why You Need a CPA »
Safe Harbor CPAs aims to be the best San Francisco CPA firm as well as top-rated tax service in San Francisco for individuals and businesses. Our accountants specialize in individual tax return preparation and business tax returns as well as international tax and expatriate tax returns. We also do income tax preparation, business partnership and LLC tax returns as well as other estate planning. Our financial services include IRS audit defense (FBAR compliance) and audited financial statements. As tax advisors, we service accounting clients (including startups) from the entire San Francisco Bay Area including San Jose, Oakland and Marin County. We pride ourselves as one of the top accounting firms in the Bay Area, giving our clients the best of both worlds - friendly personal tax service, CPA, and business advice with Internet connectivity. Our success comes when a satisfied client says, "We would like Safe Harbor LLP to be our In-House Business tax professionals." Or, when satisfied individuals say, "That was easy. What a great tax refund and easy tax service!" ~ Chun Wong, managing partner. Sitemap