The Best Accountant in the Financial District of San Francisco? You’d be Surprised 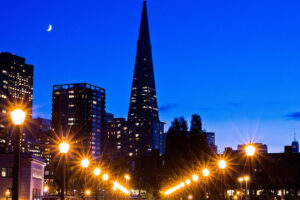 As accountants, we are very keen to the details. Obviously, as we are preparing the taxes for many businesses and high income individuals here in San Francisco, we realize that we have, on the one hand, the details of their individual income and assets, and on the other hand, the complexities of the tax code here in California as well as at the federal level.

As they say, the devil is in the details!

So when selecting the best accountant in San Francisco, you have to step back and look at a number of variables. Let’s get one variable out of the way which is rather stupid. This is the variable as to whether the accountant is near or not to you, your home, or your business. You may work in one of the fancy high-rises in downtown San Francisco, or the so-called Financial District, or you may own a few restaurants who are out in the Avenues, or in Noe Valley, or somewhere else city. Or, you may be a high-tech worker who only lives in San Francisco, but commutes southward to Google or Facebook. “Near you” is in and of itself a variable, not a constant

The Best Accountant Nearby

Yes, people often search for the best accountant nearby, using the Google vernacular of “accountant near me.” That’s kind of strange when you think about it, as if you’re on a Google bus going from San Francisco to Mountain View, for example, “near me” is literally a moving target

But more important the physical location of your accountant is really not very important, especially in this Internet age. We are a boutique accounting firm and are located not in downtown San Francisco or in the Financial District but rather out in the Avenues on Geary Street. We may not physically be near you, in other words.

Leaving aside this issue of geographic location, other aspects of being the best accountant have to do with things like whether they’ll pay a lot of attention to your financial situation, and dig into the details, whether they’ll provide excellent customer service, or not. Many of the big fancy accountants have big fancy offices that look very impressive, but the intellectual quality of the work has little or, we would argue, nothing to do with the financing’s of their gigs in San Francisco. You pay a lot for that big, beautiful office, and that does not necessarily translate into the best accountant in San Francisco, whether in downtown or the financial district, or anywhere else.

Our vision of the best accountant review is an accountant who really cares, and one who digs into the details of your situation, and then matches those details to a very skillful understanding of the tax code so as to minimize your taxation in the short and long run within the limitations of the law. In that way, ironically, you may find, that the best accountant in the financial district isn’t in the financial district at all!

« San Francisco Tax Tips – December 2017 – Newsletter
A San Francisco Accountant for Incomes that Have Grown Up »
Safe Harbor CPAs aims to be the best San Francisco CPA firm as well as top-rated tax service in San Francisco for individuals and businesses. Our accountants specialize in individual tax return preparation and business tax returns as well as international tax and expatriate tax returns. We also do income tax preparation, business partnership and LLC tax returns as well as other estate planning. Our financial services include IRS audit defense (FBAR compliance) and audited financial statements. As tax advisors, we service accounting clients (including startups) from the entire San Francisco Bay Area including San Jose, Oakland and Marin County. We pride ourselves as one of the top accounting firms in the Bay Area, giving our clients the best of both worlds - friendly personal tax service, CPA, and business advice with Internet connectivity. Our success comes when a satisfied client says, "We would like Safe Harbor LLP to be our In-House Business tax professionals." Or, when satisfied individuals say, "That was easy. What a great tax refund and easy tax service!" ~ Chun Wong, managing partner. Sitemap