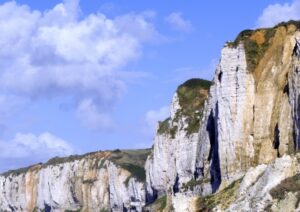 To be eligible for bonus depreciation, qualified property must be depreciable under the Modified Accelerated Cost Recovery System (MACRS) and have a recovery period of 20 years or less. These requirements encompass a wide-variety of assets. The property must be new and placed in service before January 1, 2014 (January 1, 2015 for certain longer production period property and certain transportation property). Subject to the investment limitations, Code Sec. 179 expensing remains a viable alternative, especially for small businesses. Property qualifying under Code Sec. 179 expensing may be used or new, in contrast to bonus depreciation’s “first-use” requirement.

Work Opportunity Tax Credit
The American Taxpayer Relief Act extends through 2013 the Work Opportunity Tax Credit (WOTC), which rewards employers that hire individuals from targeted groups with a tax credit. Under the revived WOTC, employers hiring an individual within a targeted group (generally, otherwise hard-to-employ workers) are eligible for a credit generally equal to 40 percent of first-year wages up to $6,000. The WOTC is part of the general business credit.

Employer-Provided Child-Care Facilities and Services
The income tax credit for qualified expenses incurred by an employer in providing child care for employees has been made permanent for tax years beginning after December 31, 2012. The amount of the credit for a given tax year is the sum of 25 percent of the qualified child care expenditures and 10 percent of the qualified child care resource and referral expenditures incurred by the taxpayer for the tax year. The maximum amount of the credit allowable in any given tax year is $150,000

The Internal Revenue Service requires Safe Harbor LLP to inform the reader that any tax advice contained in this correspondence cannot be used for the purpose of avoiding penalties under the Internal Revenue Code or for promoting, marketing or recommending to another party any transaction or matter addressed.