December 11, 2012. Year-end tax planning is always important, but this year it is especially difficult because of uncertainty about what the tax laws will be for 2013. The Bush-era tax cuts are scheduled to expire on December 31 and the President and Congress have once again delayed taking any action. No one knows which, if any, of the Bush-era tax cuts will be extended or which, if any, will be allowed to lapse, in whole or in part. Almost everyone, however, is expecting that taxes will increase because of the large deficit between the federal government’s spending and its revenue. 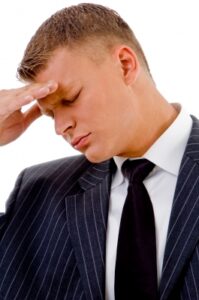 While we wait to see what the President and Congress agree on, right now our clients throughout the San Francisco Bay Area have some exceptional planning opportunities that may soon be gone. We can help them plan with the 2012 opportunities we have, and we can create plans flexible enough to adapt to whatever the President and Congress do. In addition, there are new taxes that we know will apply January 1 that must be planned for.

In this special year end planning letter, we will discuss possible and known changes in the tax laws for 2012 and 2013, strategies for income and estate tax planning, and some planning opportunities that should be considered and possibly implemented now, before they disappear. These are general strategies which may not apply to every client. We are focusing primarily on federal tax changes, but we strive for our clients to minimize not just their federal tax liabilities but their California tax liabilities as well. Your Safe Harbor CPA tax professionals are available to consult with you to determine the impact of these changes to your specific tax position at this critical time and to discuss which strategies work best for you.

If the President and Congress do not act before the end of the year, effective January 1, 2013, the Bush-era income tax cuts will expire along with the December 2010 transfer tax increases (estate, gift, and generation-skipping transfer [GST] taxes) and those tax laws will revert to what they were in 2001. If that happens:

* The marginal income tax rate for top earners will increase from 35% to 39.6% plus the new Medicare surtax (discussed below).

* Lower income bracket taxpayers (those now in the 10% and 15% brackets) will no longer be exempt from paying tax on capital gains and dividends.

* Beginning in 2012, Alternative minimum tax (AMT) exemptions have dropped to historic lows. Until the AMT is patched, more middle income and high income taxpayers will be subject to an unexpected tax increase (could be up to $10,000!) as well as the loss of tax benefits on certain itemized tax deductions.

* The estate tax exemption will go from $5.12 million to $1 million. Assets over the exempt amount, currently taxed at 35%, will be taxed at graduated rates starting at 35% and going up to 55%. This means more assets will be taxed at higher rates.

* The same thing will happen to the gift tax exemption.

* The generation-skipping transfer tax exemption will go from $5.12 million to $1 million, adjusted for inflation, and the rate will increase from 35% to 55%.

* Many other tax provisions will also become less generous.

New Tax Rules for 2013 – a Profound Impact on California Residents

We already know that these new tax rules will go into effect on January 1, 2013:

* Itemized medical expenses will be deductible only to the extent they exceed 10% of AGI. Those age 65 and older can continue to use the 7.5% AGI floor through 2016. The 10% floor continues to apply for AMT purposes.

* Tax brackets would increase by about 2.5%. Note: There will be a 10% bracket only if Bush-era cuts are extended.

* Itemized deduction phase-out will also apply unless the Bush-era tax cuts are extended.

* Standard deductions are expected to increase:

Here are some strategies for December 2012, which are so important for residents of the San Francisco Bay Area – where people have both high incomes and high expenses:

Assess your current tax picture. Review capital gains and losses already realized for 2012 (including carryovers). Check mutual fund payouts for 2012 (usually available from fund managers by November). Determine whether there will likely be a year-end bonus.

Take action for capital gain and loss planning. Actualize gains and losses on securities in taxable accounts as desired to the extent possible within the accounts. Sell investment real estate this year. Determine whether and how much of ISOs to exercise before the end of the year, being sure to consider AMT. Watch the wash sale rule when harvesting losses.

planning tip: Clients will probably want to sell assets in 2012 if they will need the proceeds over the next several years. A $100,000 long-term gain in 2012 will generate $15,000 in taxes; but the same gain in 2013 will generate about $25,000 in taxes as a consequence of scaled-back itemized deductions, the 3.8% surtax and a higher capital gains rate.

planning tip: Pull interest income into 2012 and push interest expense into 2013 where possible. For wealthiest clients, their income tax rate will increase from 35% to 43.4%, barring action in Washington.

Take action for dividends. Watch the holding period to nail down the capital gain rate on qualified dividends. Take into account reinvested dividends in figuring the basis of stock/mutual fund shares sold in 2012. Sale of a stock in December that will pay a dividend in January or February could be a good strategy.

planning tip: The “wash sale” rule does not apply to gain harvesting, so a stock sold realizing a gain can be added back to the client’s portfolio immediately.

Take action for retirement accounts. Consider converting IRAs to Roth IRAs. All resulting income must be reported in the conversion. (Remember to factor in the 50% conversion income from conversions made in 2010.) Clients should also remember to take their 2012 Required Minimum Distributions. Assess whether to roll over qualified plan distributions or pay tax on them in 2012.

planning tip: Watch for the possible retroactive extension of the ability to make the $100,000 direct transfer from IRA to charity for those retirees that are 70 1/2 and older.

Take action for deductible expenses. Pull some deductions into 2012 and push some into 2013. Consider incurring unreimbursed medical costs (such as Lasik eye surgery and dental implants) before year end in light of the increased floor for itemizing medical expenses (7.5% goes to 10%). Consider a Health Savings Account; a full-year contribution for 2012 can be made as long as there is coverage under a high-deductible health plan for December and coverage continues for a set period. For other deductions, offsetting 2013 income may result in larger savings if the Bush era tax cuts applicable to them expire.

planning tip: Make charitable deductions now; the phase-out on high-income taxpayers may apply in 2013 unless Congress keeps the status quo.

planning tip: Don’t prepay state and local income taxes or property taxes if subject to the AMT. (If Congress has not enacted a “patch” by the end of the year, use the 2011 exemption amounts to make projections.)

Take action for other income strategies. Determine whether to accelerate or defer compensation, including year-end bonuses, if this is an option. Adjust the fourth estimated tax payment to reflect year-end actions.

Take action for year-end strategies for businesses. Cash basis businesses should re-assess the standard strategy of deferring income and accelerating deductions. Purchase machinery and equipment before the end of 2012. In 2012, up to $139,000 in new or used business assets can be expensed under Section 179. Next year this first year expensing deduction is set to decline to $25,000) and the 50% bonus depreciation (new business assets only) ends after December 31. Review the business structure in light of business considerations as well as the additional Medicare taxes.

For C corporations, determine whether to pay dividends in 2012 if no deal is struck in Washington that will extend the favorable treatment of dividends; watch for excess accumulations; authorize charitable contributions before year end (C corporations can deduct them if paid within the first 2 1/2 months of 2013); review final estimated tax payment (if losses are expected for the year, adjust the final estimated tax payment and prepare to file a quick refund).

It is impossible to predict what will happen with transfer taxes and estate planning, but the climate in Washington is certainly different than it was in 2010 when the Bush tax cuts were extended for two years and the transfer tax exemptions were greatly increased during the extension period. Planners can, and really must, encourage their clients to use the planning tools that currently do exist as they are likely to change adversely in the near future.

Use the $5.12 transfer tax exemptions now. Estate tax and gift tax and GST tax exemptions are all currently linked at this historic level. However, most experts believe that even if the estate tax exemption stays higher (say, $3.5 million), the gift tax exemption will likely go down, perhaps all the way to $1 million. For many older clients with net estates between $1 million and $5 million, using the unified credits now can be excellent planning, especially if the exemptions are lowered in the next few years.

planning tip: High basis assets can be put in a trust for the spouse now and for the children and/or grandchildren later. With low basis property, a switch to turn on a general power of appointment can be included in the trust so that if the surviving spouse has unified credit remaining at her death, the trustee can bring the lowest basis assets into the surviving spouse’s estate.

Use the $5.12 million generation skipping transfer tax (GSTT) exemption now. This can provide significant savings in estate taxes over the generations. Under current law, several states have laws that permit creating trusts that can last forever.

Make gifts of family entities. For years, the IRS has been talking about getting the government to take away discounts on family entities. It would be smart planning to use this while we still have it.

Yes, there is much uncertainty about our future tax laws, but there is much we do know about current laws. While we are waiting and watching, much can be done to help our clients take advantage of incredible tax-planning opportunities that may never exist again and to help them prepare for their current and future tax obligations.