Many of the “Bush-era” tax cuts are scheduled to sunset at the end of 2012. The “Bush-era” tax cuts is the collective term for the tax measures enacted in the Economic Growth and Tax Relief Reconciliation Act of 2001 (EGTRRA) and the Jobs and Growth Tax Relief Reconciliation Act of 2003 (JGTRRA). These two Acts made changes to over 50 provisions of the Internal Revenue Code and impacted a wide variety of taxpayers. 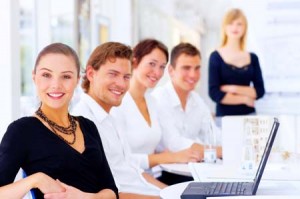 As a top San Francisco CPA firm, we at Safe Harbor CPAs are watching the politics of the Bush-era tax cuts closely.  We and our San Francisco Bay Area clients will be prepared for every possible tax scenario – extension, modification, or expiration.  If you are a San Francisco business or high net worth individual, reach out to us to plan for every tax possibility.

However, in order to comply with budget requirements, the changes are scheduled to expire. In a presidential election year, it is not clear what, if anything, Congress will do to extend these tax cuts. This uncertainty in the tax law generates a myriad of complexities for taxpayers and tax professionals.

The following are highlights of some of the business and investment tax cuts scheduled to expire after 2012 and what might happen if they are not extended.

Impact. Absent extension, the maximum tax rate on net capital gain of noncorporate taxpayers will revert to 20 percent (10 percent for taxpayers in the 15 percent bracket) after 2012. Thus, the acceleration of the sale of capital assets into 2012 while the tax rates are lower is one strategy for taxpayers to consider. As long as the sale is bona fide, and the proceeds are received in 2012, capital gains can be accelerated. The “wash sale” rules that apply to claiming losses do not apply to gains. Accordingly, capital gains can be recognized at any time and, immediately thereafter, the identical asset can be repurchased, with a new tax basis established in the amount of the purchase price.

Accordingly, installment payments received after 2012 are subject to the tax rates for the year of the payment, not the year of the sale. Thus, the capital gains portion of payments made in 2013 and later may be taxed at the 20 percent rate.

There is no special capital gain treatment in 2011 or 2012 for property held for more than five years. After 2012, the JGTRRA-based lower capital gain rates for five-year gain of individuals, estates and trusts are scheduled to be revived. Long-term gain on the sale or exchange of property held for more than five years generally will be taxed at 18 percent (eight percent for taxpayers in the 15 percent bracket).

Impact. Absent extension, qualified dividends will be taxed at the applicable ordinary income tax rates after 2012 (with the highest rate scheduled to be 39.6 percent). Qualified corporations may want to explore declaring a special dividend to shareholders before January 1, 2013. President Obama’s proposed fiscal year (FY) 2013 federal budget recommended increasing the dividends rate to the ordinary income tax rate for higher-income individuals.

The following business-entity related tax breaks associated with dividends are also scheduled to sunset after 2012:

Dividends received from a regulated investment company (RIC), real estate investment trust (REIT) and other qualified pass-through entities are treated as qualified dividends for purposes of the reduced tax rates through 2012;

Uncertainty is always a factor in tax planning. In 2012, uncertainty is magnified by the unknown fate of countless tax provisions on which taxpayers have relied in recent years. The uncertainty is expected to continue until after 2012 elections; and maybe even into 2013. Our office can help you plan for all of this uncertainty, by adopting strategies that allow you to remain flexible for as long as possible while being prepared to act on opportunities before they are lost to time and changing laws. Making plans now to accelerate certain income, defer specific deductions, and realize capital gains are only some of the strategies that might fit your situation. Please contact us and we can discuss your tax plans in detail.

Rental real estate offers tremendous tax advantages and opportunity for tax planning. Taxpayers, such as you, can depreciate property far exceeding your actual investment, deduct interest on borrowed capital, exchange rather than sell properties to defer tax on gains, use installment sales to defer tax on sales, and profit from preferential rates on long-term capital gains. Most importantly, you can generate “positive cash flow,” or monthly income, with depreciation deductions that effectively turn the actual income into tax losses.

However, deductions are not unlimited. For example, real estate income and loss is generally considered passive income and loss for tax purposes. Taxpayers generally cannot use passive activity losses (PALs) to offset ordinary income from employment, self-employment, interest and dividends, or pensions and annuities. The rental real estate loss allowance and real estate professional status are two important exceptions to this rule. In addition, the tax consequences of renting out a vacation home depend upon the amount of time the home is rented and the amount of time you use the home for personal purposes.

As one exception to the PAL rules, taxpayers with adjusted gross incomes of $150,000 or less can claim a rental real estate loss allowance of up to $25,000 for property they actively manage. Active management does not require regular, continuous, or substantial involvement. However, it does require that the taxpayer own at least 10% of the property. Also, to qualify for the exception, married taxpayers must file jointly.

The second exception allows real estate professionals not to treat their rental activity as a passive activity. Therefore, their losses are not limited to passive income. This exception requires material participation by the taxpayer which is demonstrated by meeting one of seven tests. These tests are complex and include the number of hours of participation and the facts and circumstances of the participation in the activity.

Vacation homes are taxed under one of three sets of rules depending on how long the homeowner rents the property. If you rent your vacation home for fewer than 15 days during the year, no rental income is includible in gross income. If you rent the property for 15 or more days during the tax year and it is used by you for the greater of (a) more than 14 days or (b) more than 10% of the number of days during the year for which the home is rented, the rental deductions are limited. Under this limitation, the amount of the rental activity deductions may not exceed the amount by which the gross income derived from such activity exceeds the deductions otherwise allowable for the property, such as interest and taxes.

If you have any questions as to how the rental real estate rules apply to your particular situation, please do not hesitate to call for an appointment at 415.742.4249 or email us. We can assist you in taking advantage of the available tax benefits and develop an overall tax plan.