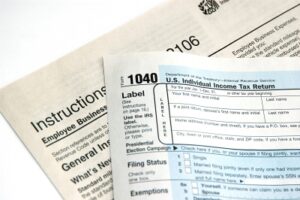 As a top San Francisco Accounting and CPA firm, we have many clients with foreign business and property issues.  US citizens owning foreign assets are impacted by these changes.  If you are a San Francisco or other California city resident, some tax planning is needed to comply with these new IRS regulations.

There are, of course, many many citizens of San Francisco who are impacted by this requirement.  If you think you may be, please contact us immediately to discuss.

Again, many San Francisco residents will be impacted by this area of the new regulations.  Many have businesses, property, and other assets abroad.  So if you do (or think you do), you want to contact our office to discuss the tax and reporting requirements to avoid penalties and legal problems.

Exceptions are also made for certain trusts and assets held by bona fide residents of U.S. possessions. One important exception applies to an interest in a social security, social insurance, or other similar program of a foreign government. If you have any questions about the types of assets that are excluded from the definition of specified foreign financial asset, please contact our office.

The IRS has developed monetary thresholds for reporting.  The thresholds vary depending on the taxpayer’s status.

Married taxpayers filing a joint income tax return and living in the U.S.: The total value of the couple’s specified foreign financial assets is more than $100,000 on the last day of the tax year or more than $150,000 at any time during the tax year.

Taxpayers will need to determine the value of their specified foreign financial assets. Generally, the IRS has explained that specified individuals may rely on periodic account statements for the tax year to report a financial account’s maximum value unless the taxpayer knows or has reason to know that the statements do not reflect a reasonable estimate of the maximum account value during the tax year.  The IRS has provided guidance on valuing other types of specified foreign financial assets.

Penalties for noncompliance with FATCA can be substantial.  There is a failure to file (Form 8938) penalty of $10,000 and an additional penalty of up to $50,000 for continued failure to file after notification by the IRS.  However, a taxpayer may avoid a penalty if failure is due to reasonable cause and not willful neglect. In addition, penalties for underpayment and fraud may apply as well as criminal penalties.

The new Form 8938 filing requirement does not replace or otherwise affect a taxpayer’s obligation, if there is one, under the Bank Secrecy Act to file Form TD F 90-22.1, Report of Foreign Bank and Financial Accounts (known as the “FBAR”).  Taxpayers generally must file an FBAR if they have a financial interest in, signature authority or other authority over one or more accounts in a foreign country, and the value of the account exceeds $10,000 at any time during the calendar year. The FBAR must be received by the IRS on or before June 30 of the year following the calendar year being reported. The FBAR is not filed with the taxpayer’s federal income tax return.  Instead, it is mailed to the Treasury Department or filed electronically with the Treasury Department.

Reach out to a Top San Francisco CPA Firm

If any of these issues sound like that they may impact you, please call us 415.742.4249 at or email us.  We are happy to conduct an initial research with you to identify possible tax compliance issues if you have foreign assets or business activity.