November 3, 2012.  The Foreign Account Tax Compliance Act (FATCA), enacted in 2010 as part of the Hiring Incentives to Restore Employment (HIRE) Act, is an important development in U.S. efforts to combat tax evasion by U.S. persons holding investments in offshore accounts.  FATCA has implications for many San Francisco residents, because many San Franciscans have foreign property and foreign business interests.

If you are in San Francisco or elsewhere in California, reach out to Safe Harbor CPAs as a top San Francisco CPA firm with special expertise in the needs of US residents with significant foreign assets. 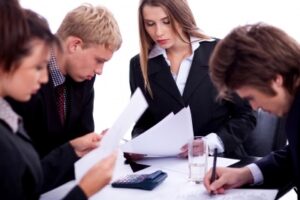 U.S. taxpayers (including San Francisco residents) holding foreign financial assets may be required to report certain information about those assets on a new form (Form 8938) to be attached to the taxpayer’s annual tax return. Reporting applies for assets held in tax years beginning after March 18, 2010. With the issuance of additional regulations, FATCA may require reporting by specified domestic business entities. For now, only specified individuals are required to file Form 8938. For most individual taxpayers, Form 8938 should be filed with the 2011 tax return they file during the 2012 tax filing season.

Form 8938 is required when the total value of specified foreign assets exceeds certain thresholds. For example, a married couple living in the United States and filing a joint tax return would not file Form 8938 unless their total specified foreign assets exceed $100,000 on the last day of the tax year or more than $150,000 at any time during the tax year.

The thresholds for taxpayers who reside abroad are higher. For example, a married couple residing abroad and filing a joint return would not file Form 8938 unless the value of specified foreign assets exceeds $400,000 on the last day of the tax year or more than $600,000 at any time during the year.

A specified foreign financial asset is:

U.S. taxpayers who own a foreign bank account, brokerage account, mutual fund, unit trust, or other financial account may also be required to file a Form TD F 90-22.1, Report of Foreign Bank and Financial Authority (FBAR), if:

The new Form 8938 filing requirement does not replace or otherwise affect a taxpayer’s obligation to file an FBAR.

FATCA also requires foreign financial institutions (“FFIs”) to report information directly to the IRS about financial accounts held by U.S. taxpayers, or by foreign entities in which U.S. taxpayers hold a substantial ownership interest. To properly comply with these new reporting requirements, an FFI will have to enter into a special agreement with the IRS by June 30, 2013. Under this agreement a “participating” FFI will be obligated to:

Due to the high penalties involved, it is important that you understand your Form 8938 filing requirements. Please call our office at 415.742.4249 or email us at your earliest convenience to discuss your foreign financial assets.