January 13, 2013. The FBAR (Foreign Account Tax Compliance Act) has been all over the news lately, as the IRS is cracking down on US citizens and residents who have foreign bank accounts but do not comply with US tax laws in terms of reporting. Since we are a top San Francisco Bay Area CPA Firm and since San Francisco is a hotbed of internationalism and entrepreneuralism, we get quite a few inquiries on FBAR Filings, Forms, Compliance Reporting and nearly everything else. While this informational sheet is not meant as formal information or advice (Please check with your attorney or tax professional), here are some highlights about FBAR, especially possible impacts on San Francisco Bay Area residents. 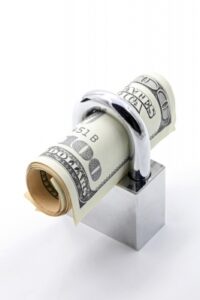 The Bank Secrecy Act requires taxpayers to file Form TD F 90-22.1, Report of Foreign Bank and Financial Accounts (known as the “FBAR”) if they have:

With strong connections to overseas, many San Francisco Bay Area residents do have foreign bank accounts and may therefore be subject to the FBAR and Bank Secrecy Act compliance requirements.

The Bank Secrecy Act does not prohibit taxpayers from owning a foreign bank account. It just requires reporting and disclosure. The rules apply to all citizens and residents of the U.S. as well as domestic corporations, estates, partnerships, and trusts.

There are exceptions to reporting under the Bank Secrecy Act. One of the most important covers accounts in U.S military banking facilities operated by U.S financial institutions overseas. These accounts, which serve military personnel, are not treated as foreign bank accounts for reporting purposes.

In mid-2012, the IRS announced streamlined procedures for U.S. citizens who are nonresidents, including dual citizens, who have failed to file U.S. income tax and information returns, such as the FBAR. Under the new procedures, qualified taxpayers generally must file delinquent returns for the past three years, delinquent FBARs for the past six years, pay any federal tax and interest that is due, and comply with other requirements. The IRS indicated that review would be expedited for individuals who are deemed “low risk.” These are generally returns with little or no U.S. tax due.

Again, so many San Francisco residents have these issues that it is best to contact a CPA or tax attorney and identify your specific situation. No article can, of course, explain all the intricacies of compliance, but we are fortunate in the San Francisco Bay Area to have so many good CPA firms and attorney choices with expertise in these matters!

In 2010, Congress passed the Foreign Account Tax Compliance Act (FATCA). FATCA imposes additional reporting requirements on taxpayers separate and distinct from the Bank Secrecy Act and FBAR reporting. Since passage of FATCA, the IRS has been issuing guidance. Because FATCA is so complex, the guidance has been issued piece-meal and additional guidance is in the pipeline.

Individuals subject to the new disclosure rules will file new Form 8938, Statement of Specified Foreign Financial Assets. Form 8938 reporting applies for specified foreign financial assets in which the taxpayer has an interest in tax years starting after March 18, 2010. For most individual taxpayers, the IRS has explained that this means they will start filing Form 8938 with their 2011 income tax return. At this time, the IRS is only requiring “specified individuals” to file Form 8938. The IRS has indicated that it may require reporting by “specified domestic entities” when more regulations are issued.

FATCA also generally requires foreign financial institutions to disclose certain U.S. account holders to the IRS. In July 2012, the U.S. Treasury announced that it had negotiated a model intergovernmental agreement with France, Germany, Italy, Spain, and the U.K. to facilitate government-to-government implementation of FATCA. The U.S. is also negotiating with Japan and Switzerland to implement FATCA.

As with FBAR reporting, there are some exceptions to FATCA reporting. Please contact Safe Harbor LLP for more details about these exceptions. Additionally, there are areas where FATCA and the FBAR overlap. Our office can help clarify these overlapping areas.

In early 2012, the IRS announced it was reopening its offshore voluntary disclosure program. Previously, the IRS had launched two temporary programs (in 2009 and 2011) to encourage taxpayers to disclose unreported foreign accounts. In exchange for their voluntary disclosures, the IRS offered taxpayers a reduced penalty framework.

The reopened, third offshore voluntary disclosure program is similar to the 2009 and 2011 programs. However, there are some important differences. The highest penalty in the reopened program is 27.5 percent compared to 25 percent in the 2011 program. In certain cases, taxpayers may qualify for reduced penalties of 12.5 percent or five percent. The reopened program has no set closing date. However, the IRS reserved the right to end the program at any time. The IRS also indicated that the terms of the program could change at any time.

Recently, the IRS has met with success in negotiating agreements with many “bank secrecy” countries to disclose tax evasion. The IRS is also working closing with international organizations, such as the Organisation for Economic Co-operation and Development (OECD) to curb tax evasion. The IRS has warned that if it finds out about a taxpayer’s offshore account through any of these agreements (or elsewhere) rather than through voluntary disclosure initiative, it intends to assess every penalty at its disposal under the law.

If you have questions, please contact Safe Harbor by email or phone, Tel. 415.742.4249. Please mention that you read this article!