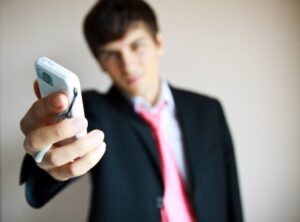 The IRS is getting more and more aggressive about IRS audits!  Many San Francisco Bay Area residents indicate that they are getting notices from the IRS for payment of back taxes owed, or possible discrepancies in their tax returns.  Moreover, some complain that their existing CPA, accountant firm, or IRS Enrolled Agents are not helping.  At Safe Harbor CPAs, one of our target services is IRS Audit defense for individuals and businesses in the San Francisco Bay Area or throughout California.  Our goal is to support our clients vis-a-vis the IRS and to do everything legally possible to reduce their tax burden and liabilities.

The Heightened Focus on IRS Audits in the Bay Area

Over the past few years, the IRS has dramatically stepped up its efforts to study specific industries, and to educate its examiners about business practices, terminology, accounting methods, and common industry practices. It has also identified areas of inquiry that produce audit results. Examiners are told specifically to look out for certain red flags to get at what is really going on in a business or transaction. The IRS has also updated its tax gap figures (the estimated $450 billion difference between what taxpayers owe and what they pay). Several research studies are underway into various segments of the taxpayer population. That, in conjunction with Treasury reports on IRS audit performance means that examinations are increasingly focused on business areas and issues that are likeliest to generate increased taxes, penalties, and interest.

Another IRS initiative is to improve compliance by fostering greater communication between the IRS and representatives of various industries. This interplay is intended to clarify treatment of specific tax problems far in advance of an audit. For example, the IRS and the food service industry have come to an understanding about properly determining and reporting employee tips. Employers that comply will face reduced IRS scrutiny on this issue. Additionally, the IRS has established the Voluntary Classification Settlement Program (VCSP) where employers who have misclassified their employees as independent contractors may come forward before the IRS initiates an audit and voluntarily reclassify the workers in exchange for reduced penalties.

Don’t face an IRS audit alone. It may be as simple as responding by mail to IRS requests for information, or it may be as complicated as a face-to-face meeting. Taxes and tax compliance are complicated issues, so getting a CPA firm with IRS audit experience is a good first step.