Hate taxes? Well, we do too. We hate paying them and we hate having our clients pay them. 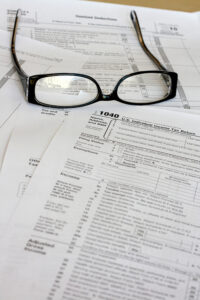 So we do everything legally possible to minimize your tax burden. We’re the #1 tax CPA firm in San Francisco yet we hate taxes. It doesn’t get a lot more ironic than that.

You could be forgiven for thinking that, as a tax CPA firm, we should LOVE taxes! After all, without them we wouldn’t have a business. Yes, there is that aspect to it, and it’s true that we wouldn’t. But the whole point is that we love winning!

It’s the same with us and taxes. WE have to pay taxes too – and we don’t like it one tiny little bit. Of course, the country and the state need to charge us taxes and it’s right that we should pay our fair share. But not a cent more!!

Far Too Many People Pay Too Much

And that’s where the problem lies. Far too many people are paying too much in the way of taxes and they don’t know it.

People who work for the IRS take every cent they can get – whether it’s due or not. They reckon that if you pay too much tax, that’s your problem. It’s not their job to sort it out. They’ll just take everything you give them. That’s why the tax laws are so complicated: the more money you send them because you don’t understand the law, the better they like it.

And that is why we are here at Safe Harbor. Yes, you have to pay tax. No, you don’t have to pay them a cent more than the law says. But how well do you understand the law? That’s OUR job: to understand every aspect of what are extremely complicated laws and then navigate our way through them so that you don’t pay more than you should. Don’t forget that everybody’s situation is different, so where somebody else may not be able to claim for something, you very probably could. It’s our job to know.

So if you hate taxes, come and talk to Safe Harbor. We’re the #1 tax CPA that hates taxes too!