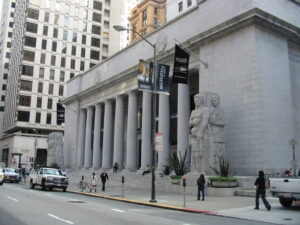 You might want a loan for your business, in which case the bank will probably require them. It really doesn’t matter WHY you need audited financials here in San Francisco, but if you do, then at Safe Harbor we can provide that service.

Your company’s balance sheet, income statement, and cash flow statement tell people financial facts. Do your customers pay on time, for example? Have you got a lot of debt? Those facts are apparent. However, audited financials tell them that the facts are as they appear to be. It means everything has been checked by an outside auditor and he or she is saying that everything is correct. That gives your bank the confidence to lend you money, or the City by the Bay the confidence to do business with you. It shows that you are not “fiddling the books” to make things seem better than they are.

Not Necessarily A Bad Thing: Getting an Audit of Your Books

Having unaudited statements is not necessarily a bad thing. You might want a cash flow statement because you want to know how much money you have in hand. However, if you are planning to take your business public, the potential investors will want to see audited accounts which proves that your accounts have been investigated by a CPA who has confirmed that what your accounts say is accurate.

An auditor has to dig deep and delve into your accounts to double check that everything is as you say it is. If your accounts say that you have $100,000 worth of stock, the auditor will probably want to see it to confirm that it does, indeed, exist. He will also want to look at the controls that you use within the business. So, for instance if you have staff who are authorized to spend the company’s money he will want to see what checks are made, and if there is nobody doing that he will double check for the simple reason that there could be fraud involved.