It’s a fact that many San Franciscans have international tax exposure. They might work in the Bay Area yet own a business in China. They could own a home in Toronto and have stock in a start-up in Cupertino. 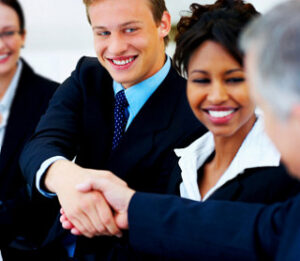 If you have one foot in one country and the other in another, we can help as the best international tax advisor San Francisco.

Of course, it is right and proper that you should pay the correct amount of tax in the country in which you live, and in any others where you may have income. We fully agree with that.

However, the emphasis is on the CORRECT amount of tax, and that is where things can get very complicated. Some people do, of course, try to do it themselves, using one of the many different online tax programs that you can subscribe to today. However, those are chiefly designed for income from the country in which you are resident but take no account of other countries from which you might have income. If you think about it, that would be almost impossible because there are so many possible variations.

Now let us put our hands up here and say that we don’t know all the different tax laws for the many possible different countries from which you may have income either. That would be just as impossible for us.

However, what we do have is an almost unlimited supply of contacts with other tax advisors in other countries and we both help each other out. These have been built up over the years so that we can now offer California residents specialist advice when they have income from, say, Malaysia, and equally can provide tax advice to people living in Malaysia who have income in California.

Our partner tax specialists overseas, or just in other states, come to us when they need advice for their clients who have income in California, and we deal with that for them because we have that knowledge. Yes, it can be very complicated, but our mission as an international tax advisor in San Francisco is to insure that you pay the CORRECT amount of tax and not a cent more.

There are two issues here, the first of which is that if you don’t get it right you could finish up paying far more tax that you actually should.

The other is that you pay less tax than you should. That might sound like a great idea, until you get a call from the IRS demanding a huge sum plus interest and costs on top of that.

Don’t take any risks. As an international tax advisor in San Francisco we can insure that you get it right.