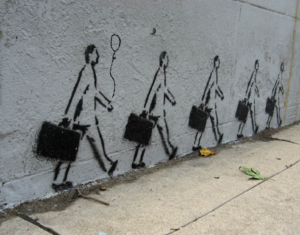 This Tax Alert provides an overview of some of the most significant modifications to the US international tax provisions affecting businesses and individuals. We urge clients to evaluate the impact of tax reform and discuss relevant changes with their tax advisors since many of the new provisions may bring about unintended tax consequences with respect to properly implemented structures under the previous US international tax regime. Overall, the changes expand the base of cross-border income to which current US taxation applies.

The Act introduces a dividend exemption system that applies to distributions made after December 31, 2017, which generally provides for a 100% dividend received deduction (“DRD”) for the foreign-sourced portion of dividends received by a domestic C corporation from a specified 10%-owned foreign corporation (other than a Passive Foreign Investment Company – “PFIC”) of which it is a United States shareholder, provided certain conditions are satisfied. The DRD is available only to C corporations that are not regulated investment companies (“RICs”) or real estate investment trusts (“REITs”).

Note that dividends received from PFICs do not qualify for the DRD and domestic C corporations may not claim foreign tax credits or a deduction for foreign taxes paid or accrued with respect to any dividend allowed the DRD.

Certain deemed dividends under Code section 1248 – resulting from the sale or exchange of stock of a specified 10%-owned foreign corporation held for over one year – qualify for the 100% DRD under the new law.
The provision also allows a US shareholder to claim a 100% DRD on deemed dividends under section 964(e) resulting from the gain on the sale of foreign stock by a controlled foreign corporation (“CFC”).
Two new loss limitation rules are included in the provision, which are applicable to transfers and distributions made after December 31, 2017:

As a transition to the new participation exemption regime, a mandatory repatriation provision is included targeting previously untaxed earnings and increasing subpart F income by the shareholder’s pro rata share of each specified foreign corporation’s net untaxed post-’86 historical E&P, determined as of November 2 or December 31, 2017 (a measuring date). However, this mandatory inclusion is reduced (but not below zero) by an allocable portion of the taxpayer’s share of foreign E&P deficit of each specified foreign corporation and the taxpayer’s share of its affiliated group’s aggregate unused E&P deficit. Earnings attributable to the shareholder’s aggregate foreign cash position or liquid assets are subject to tax at a 15.5% rate, while earnings attributable to illiquid assets are subject to tax at an 8% rate.

The tax liability is payable over a period of up to eight years, at the election of the US shareholder.

A special rule applies to S corporations under the mandatory repatriation provisions. S corporation shareholders may elect to continue to defer taxation of such foreign income until the S corporation changes its status, sells a substantial amount of its assets, ceases to conduct business, or the electing shareholder transfers their S corporation stock.

The Act repeals the fair market value method of interest expense apportionment. Taxpayers are now required to allocate and apportion interest expense of members of an affiliated group using the adjusted basis of assets.

The Act has new provisions that adopt a minimum tax on “global intangible low-taxed income” (“GILTI”) and a new special deduction for certain “foreign-derived intangible income” (“FDII”), subject to certain exceptions.
Regardless of whether distributions are actually made by a CFC during the tax year and similarly to the manner in which subpart F income inclusions operate, a US shareholder of a CFC is now required to include in income its pro rata share of GILTI allocated to the CFC for the CFC’s tax year that ends with or within its own tax year.

GILTI provisions target a portion of the CFCs’ active (non-Subpart F) income and tax it at an effective tax rate of 10.5% prior to 2026 — generally speaking, the targeted portion is equal to the net income over a routine or ordinary return, defined as the excess of an implied 10% rate of return on the adjusted basis of the CFC’s tangible depreciable property used in generating the active income.

In conjunction with the new minimum GILTI tax regime, excess returns earned directly by a US corporation from foreign sales (including licenses and leases) or services defined as FDII are now also subject to a 13.125% effective tax rate (increased to 16.406% starting in 2026). FDII is the amount of a US corporation’s “deemed intangible income” that is attributable to sales of property (including licenses and leases) to foreign persons for use outside the US or the performance of services for foreign persons or with respect to property outside the US.

Corporate shareholders are allowed a deduction equal to maximum 50% of GILTI (reduced to 37.5% starting in 2026) plus any corresponding Code section 78 gross-up plus maximum 37.5% of taxpayer’s FDII (reduced to 21.875% starting in 2026) – combined, these three components comprise the GILTI deduction. Not that the total GILTI deduction cannot exceed a corporation’s taxable income. S corporations or domestic corporations that are RICs or REITs are not allowed to claim this deduction. Transfers to foreign related persons generally do not qualify for FDII benefits.

The inclusion based on the withdrawal of previously excluded subpart F income from qualified investment is repealed.

The provision that provides for the inclusion of foreign base company oil-related income is repealed; hence, previously excluded foreign shipping income of a foreign subsidiary is no longer subject to current US taxation under the subpart F rules if there is a net decrease in qualified shipping investments.

The new law eliminates the requirement that a corporation be a CFC for 30 days before subpart F inclusions apply.

Prevention of Base Erosion

The Act includes additional anti-base erosion measures, including a Base Erosion Anti- Abuse Tax (“BEAT”) for certain payments paid or accrued in tax years beginning after December 31, 2017. In general, the BEAT imposes a minimum tax on certain deductible payments made to foreign affiliates, including royalties and management fees, but excluding cost of goods sold.

Income shifting through intangible property transfers is further limited. This includes treating goodwill and going concern value and workforce in place as section 936(h)(3)(B) intangibles and, requiring the use of the aggregate basis valuation method in the case of transfers of multiple intangible properties in one or more related transactions. This applies if it is determined that an aggregate basis achieves a more reliable result than an asset-by-asset approach.

Deductions for certain related party interest or royalty payments paid or accrued in certain hybrid transactions or with certain hybrid entities are now disallowed under certain circumstances. The Act provides that the Secretary of State shall issue regulations or other guidance as may be necessary or appropriate to carry out the purposes of the provision for branches (domestic or foreign) and domestic entities, even if such branches or entities do not meet the statutory definition of a hybrid entity.

New rules were incorporated to limit the deductibility of interest within a corporate group.

Surrogate foreign corporations are not eligible for the reduced rate on dividends under the Act.

The Tax Cuts and Jobs Act is the largest overhaul of the tax system in over three decades and will have a significant impact on US-based multinational companies as well as inbound businesses. The bill fundamentally changes the landscape of US international taxation. We recommend that companies, individuals, and flow through entities engaged in cross border business discuss their specific situation with MGO’s experienced international tax professionals and consultants – we are here to help you navigate the changes of this comprehensive tax reform.