September 23, 2012.  Most small businesses, in San Francisco and elsewhere in California, are fearful of an IRS Audit.  We know – as a top San Francisco CPA Firm, we do a lot of business helping businesses defend against IRS audits.   Our first message is “Don’t be afraid” – the IRS is just doing its job.  Our job is to help our San Francisco clients get the best legal deal possible from the IRS in an audit situation. 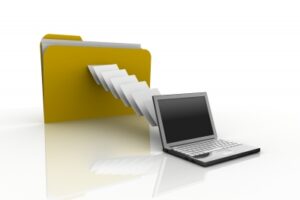 S corporations remain “king of the entities” among those forms of doing business nationwide, including here in the San Francisco Bay Area. Except for the unincorporated sole proprietorships, the S corporation is the most popular form of small business in San Francisco, in California, and in the United States generally. In fact, over the past 15 years, the number of S corporations has quadrupled. That trend has not gone unnoticed by the IRS.

Combine the rising popularity of the S corporation with intense pressure put upon the IRS by Congressional leaders to close the “tax gap” (the difference between what is owed and what is collected) and the perfect storm for more IRS audits has developed. A recent report on the tax gap by the IRS, attributes a significant portion to 80 percent of it on small businesses. According to the IRS, some S corporations have “pushed the envelope” with aggressive tax strategies.

The IRS has reported that audits of S corporations have increased in recent years. The IRS has begun to place more emphasis on the growing area of flow-through entities, “a source of potential noncompliance.”

The IRS is also looking closely at S corporation compensation practices here in San Francisco and throughout the larger California economy. In particular, auditors’ eyebrows are being raised if salaries paid by an S corporation to its principal owner or owners look suspiciously low. One scenario involves a technique in which the S owner/employee draws a low salary to avoid employment taxes that ordinarily would be due on additional wages but would escape tax if passed through as dividends. A review of W-2 income and total distributions received by the S corporation owner-employee during the year may be in order for many businesses throughout the San Francisco Bay Area.  Tech businesses and start ups are special cases; compensation issues are confusing when a business is in “start up” mode as are so many San Francisco tech startups.

If you would like any further information on the recent IRS audit initiatives concerning S corporations, or if you would like us to do a thorough review of your compensation practices and other “audit triggers” before the IRS should investigate, please email us at Safe Harbor CPAs or give us a call at 415.742.4249.