November 5, 2012.  A short tax form with a long name – Form TD F 90-22.1, Report of Foreign Bank and Financial Accounts (known as the “FBAR”) – is generating a lot of news this year among San Francisco residents as the U.S. Treasury Department and the IRS ramp up their oversight of taxpayers with foreign accounts.  This letter highlights some of the key elements of FBAR reporting. Keep in mind that you may also be required to file new IRS Form 8938, Statement of Specified Foreign Financial Accounts.  The Foreign Account Tax Compliance Act (FATCA) of 2010 created separate and distinct reporting requirements for certain taxpayers holding specified foreign financial assets. 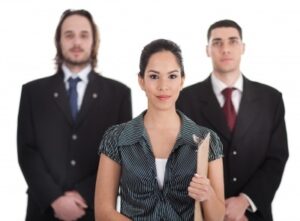 Because San Francisco is an international city and a hotbed of small business / startups, we see many San Francisco clients with tax issues relating to foreign business and assets.  If you have foreign assets, please contact Safe Harbor CPAs immediately to discuss these important regulatory requirements.

Some individuals who failed to timely file FBAR(s) may qualify for streamlined procedures to get back into compliance.  In mid-2012, the IRS announced streamlined procedures for U.S. citizens who are nonresidents, including dual citizens, who have failed to file U.S. income tax and information returns, such as the FBAR. Under the new procedures, qualified taxpayers generally must file delinquent returns for the past three years, delinquent FBARs for the past six years, pay any federal tax and interest that is due, and comply with other requirements.  The IRS indicated that review would be expedited for individuals who are deemed “low risk.” These are generally returns with little or no U.S. tax due.

Signature or other authority

The Treasury Department has had many questions in recent years about mutual funds and FBAR reporting.  According to the Treasury Department, some taxpayers have questioned that the term mutual fund may have a different meaning outside the U.S. and could potentially cover hedge funds and private equity funds that have periodic redemptions.   In the final rules, the Treasury Department reiterated that the definition of mutual fund includes a requirement that the shares be available to the general public in addition to having a regular net asset value determination and regular redemption feature. Additionally, the final rule reserves the treatment of investment companies other than mutual funds or similar pooled funds.

Of course, there are exceptions.  The exceptions include accounts in institutions known as United States banking facilities and also correspondent accounts maintained by banks and used solely for bank-to-bank settlements. Please contact our office for more details about the exceptions.

New Form 8938, Statement of Specified Foreign Financial Assets, is similar to the FBAR but has some important differences.  The threshold for filing Form 8938 is higher than the FBAR (and the threshold varies depending on the taxpayer’s status and location).  Form 8938 also applies – at this time – to only specified individuals and covers only specified foreign financial assets. The IRS has issued guidance describing who is required to file Form 8938, what constitutes a specified foreign financial asset, and more.  Unlike the FBAR form, Form 8938 is filed together with your Form 1040 tax return if required. The IRS has posted information on its website to help taxpayers distinguish the FBAR and new Form 8938.  In certain areas, the two forms overlap. If you have any questions about the FBAR or foreign account reporting, please contact our office.

If you are a San Francisco Bay Area resident, become aware of FBAR.  But more importantly reach out to a top San Francisco CPA firm – an expert in tax compliance.  Our job is to advise you on how to comply legally with the myriad of regulatory changes coming from the IRS.  Our motto at Safe Harbor CPA’s is “we work harder for you.”  FBAR and FATCA may seem complicated – but really, your job is not – reach out to us and let us do the heavy lifting for you.  Call us at 415.742.4249 or email us.