Hands up everyone who enjoys paying tax!

We don’t enjoy it either, but as a San Francisco tax advisor we have two pieces of advice for you. First, pay as little as legally possible. Second, prepare through the year so that you pay as little as possible at the end of the year. 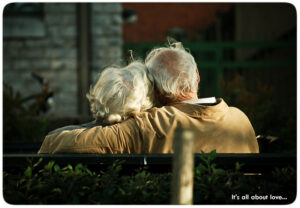 Look, someone said that the only two things certain in life are death and taxes. Whoever said it was absolutely right. The fact is that all of us who earn income above a certain level have to pay tax. It’s much the same as running a car: you can’t run it without gas, which means that you have to pay for it. To be fair to the politicians, they can’t run the country without money either, and they gather that in the form of tax.

However, tax is very complicated. It’s designed that way so that – as far as the government is concerned – they get as much of it from you as they can. The hope is that it is so complicated that you just give up and pay whatever they ask for. But in today’s society, you need a Tax Accountant – ideally one based in your own city such as San Francisco or at least the Bay Area – to help you through the maze that is called taxation.

The Good News about Taxes

Here’s the good news: you don’t have to do that. What you DO need is an expert San Francisco Tax Advisor who can walk you through the labyrinthine field of twists and turns and get you safely to the other end. In a way, it is similar to walking through a minefield: you need an expert who can work out where the mines are in order to keep you safe.

The fact is that everybody’s situation is different. Yours might be a little different from your neighbor’s, or it could be so different that the two bear virtually no resemblance at all.

Here at Safe Harbor we understand all the little tricks that the IRS get up to in order to get you to pay the maximum, and we don’t believe that’s fair. Yes, we all have to pay tax, but our job is to ensure that our clients pay the minimum possible. Let’s face it: you work hard for your money and you deserve to keep as much of it as possible, but the tax laws are so tricky that you simply can’t do it yourself. That would be like trying to service your own car: unless it’s your hobby, you simply don’t understand it so you take it to the auto repair shop where they have people who do.

As a San Francisco tax advisor we have people who understand the tax laws, so bring your tax problems to us and let us worry about it instead of you.