Here are some points about shutdown impacts: 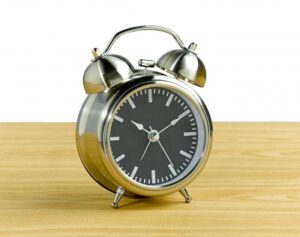 October 17th. The IRS re-opened for business, but faced a backlog of inbound forms, queries, and other requests by tax payers – both businesses and individuals. The IRS is now digging out of that backlog. In addition, the phone lines are being overwhelmed as “pent up” questions are hitting the IRS.

Tax Deadlines. Despite any government problems in Washington, all of the tax deadlines remain in force.  For example, the October 15th deadline for people who requested an extension was in effect during the shutdown, and of course we helped many of our own San Francisco Bay Area tax clients confirm to that deadline. (You can read the official announcement here.)  If you failed to file, please email us or give us a call!

Moving forward into 2014, the IRS has announced that “tax season” will begin late with a delay of approximately one to two weeks. The IRS now says it will begin processing returns not on January 21st, but no earlier than January 28th and no later than February 4th.  From their official press release, you can read the reasons why:

The government closure came during the peak period for preparing IRS systems for the 2014 filing season. Programming, testing and deployment of more than 50 IRS systems is needed to handle processing of nearly 150 million tax returns. Updating these core systems is a complex, year-round process with the majority of the work beginning in the fall of each year.

About 90 percent of IRS operations were closed during the shutdown, with some major workstreams closed entirely during this period, putting the IRS nearly three weeks behind its tight timetable for being ready to start the 2014 filing season. There are additional training, programming and testing demands on IRS systems this year in order to provide additional refund fraud and identity theft detection and prevention.  (Source, here).

That still means it’s time to prepare for taxes, as we still have a few months left in 2013. Consult with your tax advisor about actions you can take in 2013 to reduce your tax liabilities for 2014. It’s not too late! And, of course, consult with your bookkeeper and/or tax service to make it easy to get all the required documents together to make tax filing, 2014, as easy as possible. Just because the government shutdown does not mean that taxes ended, nor did time stop.

It’s never too early to prepare for tax season!  Contact us at 415-742-4249 or by email form for your tax preparation needs.