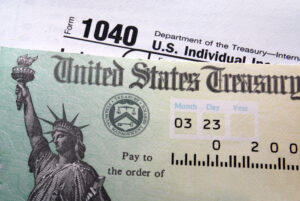 It follows that San Francisco residents have to earn a lot in order to live here and that means that they pay a lot more taxes as well. That is why you need a San Francisco tax professional to ensure that you pay as little tax as possible.

At Safe Harbor, we are specialists in keeping our clients’ tax bills to the minimum. Nobody enjoys paying tax, even though we accept that we have to. Nonetheless, it is very annoying when we see public bodies and governments – both state and federal – pouring money down the drain on outlandish projects that often finish up costing three times what was stated before they began.

Other Countries Are Just As Bad

Mind you, we are far from the only country doing things like this. Over in the UK they have just started construction work on HS2, a high-speed rail link from London to Birmingham and on to Manchester. This will cut 30 minutes off the London to Birmingham journey. In 2010 the cost was estimated as between £30.9 billion and £36 billion. Work has just begun, and the present estimate has gone up to £106 billion! By the time the work is completed it will be a lot more than that – all to save a half hour! Many UK residents are fuming.

But back to San Francisco and our own taxes. There are, of course, a lot of things which the California and federal government provide which need to be paid for. That doesn’t mean that there is any reason why you should pay a cent more than the minimum required by law, but the problem is that the tax laws are extremely complex, and this is why you need a San Francisco tax professional such as those at Safe Harbor to make sure that you don’t.

Of course, some San Francisco residents try to do their own tax returns, but in an awful lot of cases they finish up paying more tax than they need to simply because they don’t understand all the loopholes – perfectly legal – that as a San Francisco tax professional we do. This may only be a couple of hundred dollars in some instances, but in others it can run into thousands. There really is no reason whatever to pay a cent more than the law requires, and when you use us at Safe Harbor you can be certain that you won’t.