San Franciscans are a competitive lot! They want to look their best, drive the best car, live in the best neighborhood, and see and be seen in the best restaurants. Well, as tax season heats up, there is the struggle both to find, and to be, the best tax preparer in San Francisco. 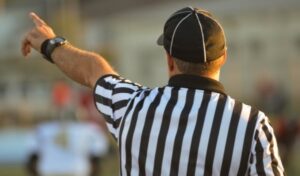 Now, it’s hardly objective as to what is the best sushi restaurant, as the sushi that you might like might be quite different from the sushi that I might like. As for choosing the best baseball team, well, there is an objective standard in terms of the score at the end of the game, or at the end of the World Series. We hope, of course, that the San Francisco Giants make it into the World Series in 2019!

Additionally, some tax preparers are optimized for easy to prepare W-2 taxes. We refer to these tax preparers as the big-box tax preparers. They do not really have super trained staff, and they don’t deal with things that are unusual. They’re all about quick, and fast, and they’re very good if you have a very simple situation. That is if you are just John or Jane Doe and you have W-2 income and that’s it, then, by all means, go to one of the big-box San Francisco tax preparers who seem to sprout up like mushrooms after the California rains.