People in San Francisco who have money have unique “money problems.” And no, it’s not wondering if they will make it until the end of the month. 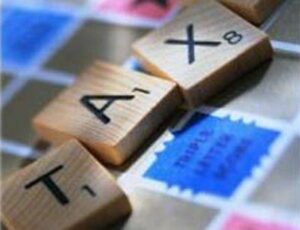 Their problems are very different: like taxes. Especially here in high tax San Francisco, and the high tax Bay Area, and high tax California and so on and so forth. So if you have those sorts of “money problems” you need a San Francisco tax advisor to help you. Yes, they may be the better sort of money problems to have, but nonetheless you don’t want to pay a cent more than you have to, because you’ve earned it.

And when you have a lot of income it can be very complicated because your income can come from different sources, but you don’t want to be giving more of it away to the state and the government than you should as a result. This is why you need a San Francisco tax advisor like Safe Harbor who specialize in nothing else but seeing to it that our clients pay the minimum amount of tax that the state and federal laws require and not a cent more. After all, why should you? You’ve put the effort in to earn it, so there’s no reason to give it away.

Tax Laws Are Complicated For A Reason

The fact is that the tax laws are complicated, and they are complicated for a reason. The IRS wants to collect as much money as possible, so it makes the rules difficult to understand. Think about it this way: if every taxpayer in the US paid $100 a year more than they actually should do, and there are 140.9 million taxpayers (those figures are from 2016), that’s over $14 billion extra for the government to play with every year. Why wouldn’t they?

And you can bet those are very conservative figures. Those in low employment may only pay the exact amount due because it is deducted at source from their wages, but those with high incomes could be paying hundreds of thousands, if not millions, more than they should. Just because the laws are complicated and confusing.

This is why high-income earners employ a San Francisco tax advisor such as the people we have at Safe Harbor to insure that they only pay the absolute minimum amount of tax that is due. After all, if we charge you $5,000 to look after your tax affairs and you save $10,000 or $15,000 that has to be a good deal, doesn’t it?

Of course, we don’t just advise high income earners. We have many clients who are self-employed on fairly modest incomes who also don’t want to pay more tax than they should, and that is quite right. We truly don’t believe anyone at all should pay one cent over the top.