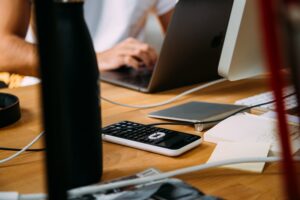 Let’s face it, the US tax laws are complicated enough, but when you go adding the laws of other countries into the mix it can be extremely convoluted.

Many residents of San Francisco and the wider Bay Area are foreign nationals, permanent US residents, or US citizens who have major assets in other countries such as China, Japan, India, Mexico, the Philippines, Western Europe, and more. One of the most common problems that these people face is FBAR compliance, (Foreign Bank and Financial Accounts), and this is something in which, as one of the few CPA firms specializing in international tax issues, we have wide experience. FATCA compliance and OVDP are also issues that many people face.

Penalties Can Be Massive!

Furthermore, the penalties can be massive. The penalty for a willful failure to file the FBAR form is equal to the greater of $100,000 or 50% of your undisclosed foreign accounts’ value. Worse still, the IRS has indicated that it may impose this cumulatively for up to six years. In one recent case it settled for 50% of the account value for two years, which came to roughly the same as the value of the whole account. Even non-wilful (negligent) failure to file can result in a penalty of $10,000 per account per violation.

So you can see that having overseas tax liabilities can cost you an awful lot of money which is why you need us as one of the few CPA firms specializing in international tax issues.

There are many more complications that can ensue when you have international taxes involved, and even we don’t know everything about the tax laws of every other country. However, to use the old saying, “we know a man who does”. We have lots of contacts with other CPAs in foreign countries who can help us if we need clarification on something. It works both ways because we help them if they have any issues with US tax law.