It’s not easy to find a tax consultant who gets taxes. What do we mean by this? Well, as one of the top rated San Francisco tax consultants, we sometimes get a little philosophical about our job. Yes, of course, we prepare tax returns. As we get closer and closer to tax season, we get more and more calls from San Francisco residents who are looking for the best tax preparation service in San Francisco. Yes, of course, we prepare tax returns. That’s a little bit like asking an Uber driver whether she knows how to drive a car. Of course we do! 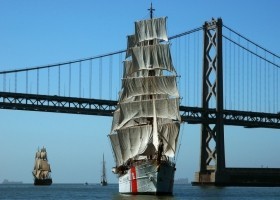 Driving Around the Tax Laws as Tax Consultants Who Get Taxes

Unfortunately in the tax preparation industry as in other industries such as Uber or taxi drivers, there are some people who are rather robotic and how they do their jobs. It’s not that they’re bad, it’s just that they are not particularly insightful. Then there are other people who really get into the Zen of it all. If you’ve ever driven around San Francisco, you know there is a kind of Zen and how to navigate the crowded streets and get from point A to point B in an efficient manner. And, if you have ever filed your own taxes or work with a tax consultant, you will realize that there is a certain type of Zen to how to prepare taxes efficiently.

After all, if you just want to pay a lot of taxes, it’s really easy. But if you want to look at the nooks and crannies of the US in California tax system and think out-of-the-box on how to minimize taxes, you need a tax consultant who gets taxes. If you’re looking for a tax consultant, call our offices today, because just as the busy streets of San Francisco get busy during rush hour, around tax practice gets quite busy during tax season and we can’t help everyone who would like to climb on board.