The cost of living in San Francisco and in the San Francisco Bay Area in general is one of the highest in the nation. That said, one of the “benefits” of being a Bay Area resident is that pretty much anywhere you go, it seems cheap. We can even go to Honolulu or New York City or London and marvel at “how cheap things are.” Even airport food and hot dogs at the ball park in Dallas can seem like a bargain. And that’s not to mention buying houses in Tulsa, Oklahoma. Why, you can buy three or four houses in Tulsa for the cost of just one house in San Francisco! 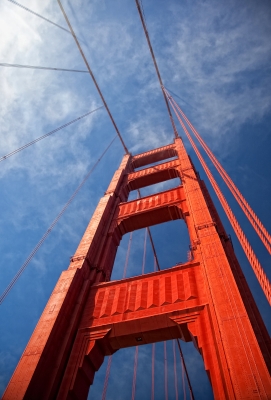 San Francisco is expensive. Oh, and there’s one more thing that’s quite expensive about the Bay Area and California: taxes. We pay some of the highest taxes in the nation as income taxes, sales tax, and other forms of tax bites. Perhaps only with respect to Proposition 13, do we Californians catch a break when it comes to taxes. Our taxes are among the highest in the nation.

Which brings us to tax planning. We have many clients who spend their income-producing years in the San Francisco Bay Area and then retire “out of California” to lower tax states such as Texas or Nevada. It’s not a bad strategy. Indeed, you can even “plan ahead” in terms of what income goes and comes where, so that when you get to retirement you can avoid as much tax as legally possible. For example, in most cases income from retirement accounts are taxable ONLY in the state in which your reside, even if that income was earned in California during your working years.

That said, we love San Francisco and the entire SF Bay Area.  So we’re not leaving! The reason things are so expensive here is that it’s California. Great weather, a beautiful city, a marvelous diversity of all cultures and points of view… these are things you can’t get in some other locales in the United States. So rather than “visit” San Francisco, we’d prefer to live here, and just do our utmost to avoid paying the high taxes. If you love California as much as we do, and do not want to (ever) leave, give us a call, and we’ll strategize as to how to minimize your taxes. Or, if you want to leave for “greener” and “cheaper” pastures when you retire, we can help plan that, too.

Either way, taxes can be avoided with some good planning in advance.