San Francisco, more and more, is a city of couples. Gay, straight, old, young – it’s a wonder to behold the diversity of the city by the Bay. But the tax man commeth, and he really cares only about one thing: your income.  The more income a couple has, the more taxes they’ll pay. And, the more complex their taxes will become. Our November San Francisco Tax Tips bulletin has a great read on couples and taxation, focusing specifically on just how complex that tax issues can be for those whose couple income exceeds $200,000. That is not to mention married Gay couples, with the complexity of state and Federal tax issues they face.

A High Income San Francisco Couple and Their Tax Planning 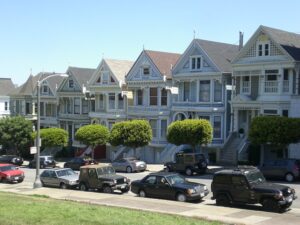 Take for example, Sharon and Rick Palmer – a fictitious couple with over $600,000 in income per year. Now that’s a lot of income, even in the San Francisco Bay Area, and Uncle Sam is surely interested in getting his share of that money.   The tax bracket the Palmers face is a hefty 39.6%, and they may also owe an additional 3.8% net investment tax (NIIT), sometimes called a ‘Medicare surtax’ because their modified adjusted gross income (MAGI) is over $250,000 on their joint tax return.  Yikes!  That’s a lot of acronyms, and a lot of potential extra taxes.  Even worse, in 2014 may taxpayers learned some nasty things about their 2013 tax returns – new wrinkles in the tax code, and the inaction of Congress are taking a bigger and bigger bite out of income. Congress has “learned” that rather than vote for tax increases, they can conveniently let old tax deductions expire and – through inaction – effectively raise some revenue.

What’s a San Francisco couple to do? Consult with your tax advise – it’s not too late – and deploy some tax-avoidance strategies for 2014. We are experts in high income couples and San Francisco earners, so please reach out to us for a free phone consultation. Whatever the tax situation of your couple – we can advise on what to do, and what not to do, to give Uncle Sam as little as legally possible.