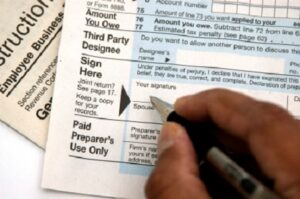 We must verify your status as a nonresident alien as the first step in the tax planning process. This procedure is complicated due to the many compliance issues associated with residency. Sometimes residency is determined under an applicable tax treaty; however, if no treaty exists, you are treated as a resident only if one of the following three conditions is met:

The absence of all of the preceding conditions generally indicates that you are a nonresident alien. Of course, there are exceptions to the general rules. For example, an alien individual who meets the “substantial presence test” may still be considered a nonresident alien if a “closer connection” is established with a tax home outside the United States. You may also qualify for dual status residency; if so, your tax year is divided into two separate tax periods. You are then taxed as a resident during one period and as a nonresident during the other.

There are specific rules for establishing and terminating residency, abandoning residency, and expatriating. In addition, all departing aliens (resident or nonresident) must obtain a certificate from the IRS, known as a sailing or departure permit, stating that they have complied with the U.S. income tax laws.

Once your nonresident alien status has been established, the sourcing rules are used to determine whether your income is from U.S. sources or from foreign sources. This is important because U.S. source income that is “effectively connected” with a trade or business in the United States is taxed at regular U.S. rates, and the usual deductions are allowed. Income that is “not effectively connected” and not covered by a treaty is taxed at a flat 30 percent rate. However, income that is covered by a treaty is taxed at the treaty rate, which can be less, but not more than the 30 percent rate.

You must be engaged in a trade or business in the United States to have effectively connected income (ECI). Items of income that are fixed or determinable, annual or periodical (FDAP), as well as capital gain income, are ECI if they meet the “business-activities test” or “asset-use test.” Examples of FDAP income are interest, dividends, rents, royalties and compensation. In addition, for payments made on or after September 14, 2010, “dividend equivalent payments” received by foreign persons are treated as U.S. source dividends subject to U.S. taxation.

As a nonresident alien, you are allowed only one personal exemption, unless you are a resident of Mexico or Canada. However, your country may have an income tax treaty with the United States that allows for more than one personal exemption. Generally, a nonresident alien cannot claim the standard deduction, but there is an exception for certain students from India. A nonresident is also allowed to take deductions for expenses related to ECI, and may claim certain itemized deductions and credits. If these benefits are available to you, they would reduce your U.S. tax burden. Besides income tax, you may be affected by alternative minimum tax, withholding tax, and estate tax issues.

Because your situation is unique, an analysis of your residency status, your income types and sources, as well as any treaty benefits you are eligible to claim, is an important part of your tax planning process. If you would like to discuss the potential benefits associated with your tax status, please contact our office by email or tel. 415.742.4249.